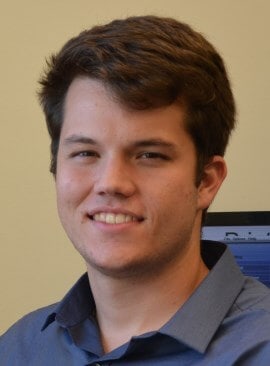 Liam Nolan graduated with an M.S. in Biomedical Engineering from Tulane University in 2015. Liam conducted his under graduate and graduate research in Dr. Donald Gaver’s pulmonary research laboratory at Tulane University culminating in his Master’s Thesis, entitled A Microfluidic Model of Pulmonary Airway Reopening in Asymmetric Bifurcating Networks. In this study he designed and created an asymmetric bifurcating pulmonary model, and determined that pulmonary surfactant has the ability to balance the bubble propagations in asymmetric daughter sections.

Liam recently joined the Fellowship of Orthopaedic Researchers and has begun working in the field of orthopaedic science and translational research. Skills and training include mechanical and wear testing, microscopy and image analysis, finite element analysis of static and dynamic multibody systems and magnetic systems, and Solidworks 3D CAD design.

Icons made by Freepik from flaticon.com is licensed by CC BY 3.0